Three horrible days in which i lost more than 100 millions. All started 3 days ago, when i did a fleet with a friend with the purpose to plex higher stuff. I had a Firetail that worth like +20mil (i miss fitted some modules so i was keep losing ISK because that) while i tried to help my fleet friend but Succubus + Hawk hit hard. Then i tried some Slasher/Breacher fits but they were horrible or i didn't know/had the skills to use them properly. The Condor fit was preety good as a tackle one but my damage was just too low to destroy even the NPC, i was bored and i just went yolo on somebody. The next fit, a Rifter was pretty good actually as i managed to almost destroy a Slasher with t2 fit, but he was faster than me and escaped, just to return later and destroy me because i was at half shields and alt+tabbed. Further fits were either destroyed in gate camps or by my retardism (when i was podded i lost a 50mil clone). Here are the killmails, don't hate too much. 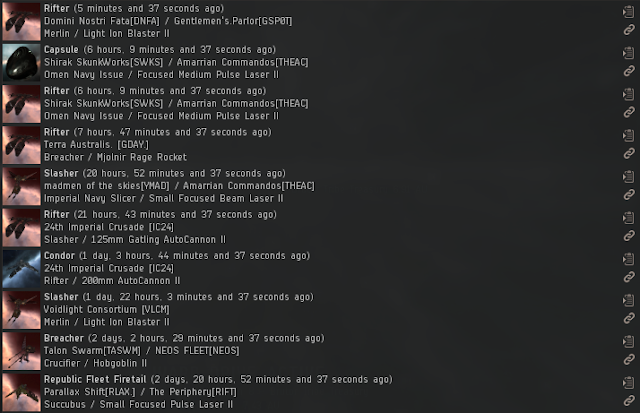 PS: I am in a Firetail again, and just as an information, my first offensive plex have been done in a Firetail, i start to love this ship.

30 days trial, if you continue further i get a PLEX and i will give you back half of it's market price!